Skip all this reading and jump to the VIDEO if all these words are overwhelming!

Normally I run this car in “skid plate” races at Irwindale.  However, several times a year the track holds a “Night of Destruction” featuring the same or similar cars that normally compete with skid plates running with all 4 tires.

The first race of the season, Flag Pole Racing is similar to the “enduro” races I have done before except for an added feature: During a lap, you must circle around a flag that has you cross traffic as you exit.  This is very similar to a figure-8 race and was also totally new to me.  I honestly had no idea what to expect but had a feeling my car would probably earn a few new dents and paint colors . . .

As for the car – it would remain unchanged, aside from getting 4 tires instead of two in skid-plate racing.  For more info on the car – see the full post of the car build here.

Before we knew it, it was time for the autograph session.  There was a big turn out and many thanks to my friends and family that came out to watch!

This race featured a standing start which was a nice change.  I was fortunate to have a (randomly assigned) good starting position and I was able to get a really good start.  The first lap or two was very tough for me as I needed to get into a rhythm cutting through the traffic around the flag pole as well as just learn the track layout.

Though I got a good start, I made the same mistake that I keep repeating – getting too aggressive too early.  There were a lot more cars on track for this event than in the past which made patience all the more important.  Unfortunately I tore the car up pretty heavily early in the race.

After some front end damage, the hood latch failed and I ended up with the hood flying up blocking my visibility, breaking the windshield and taking out a GoPro!

I pulled over and photographer that was on track closed the hood so I could get back into the race – it held for several laps but eventually flew up again.  At that point there was not much race left so I just pulled off track.  Needless to say, hood-pins are in my future . . .

Very sorry to Robert Rice and his guys because I know how much work my impatience created . . . the car is pretty torn up but will live to fight another day. 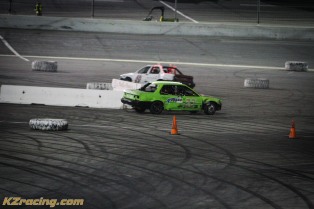 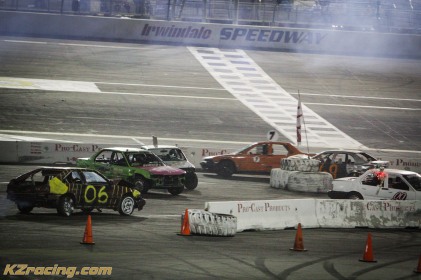 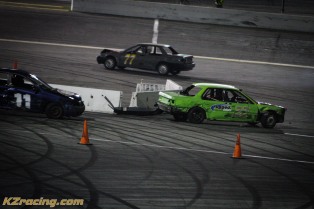 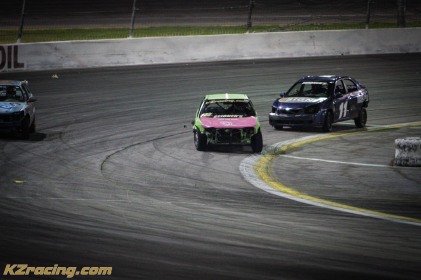 Rugged Radios – The Authority in Communications

Thank you to TrakkTape – Great product for protecting my car on track!